"My parents never made a distinction between science and art. Growing up in Iraq, I was encouraged to play with math problems just as much as with pencils and brushes, to draw no boundaries. Perhaps that’s why, from my first days studying architecture, I’ve been interested in fragmentation, abstraction, and explosion, deconstructing ideas of repetitiveness and mass production, not just breaking the rules but also moving away from all the things we inherited from previous architectural movements. Sketching and painting—though they’re a slow process, requiring tremendous concentration and precision—have been a critical part of my career. They allow me intense experimentation in both form and movement, layering new ideas into a design like a kind of reverse archaeology." —Zaha Hadid 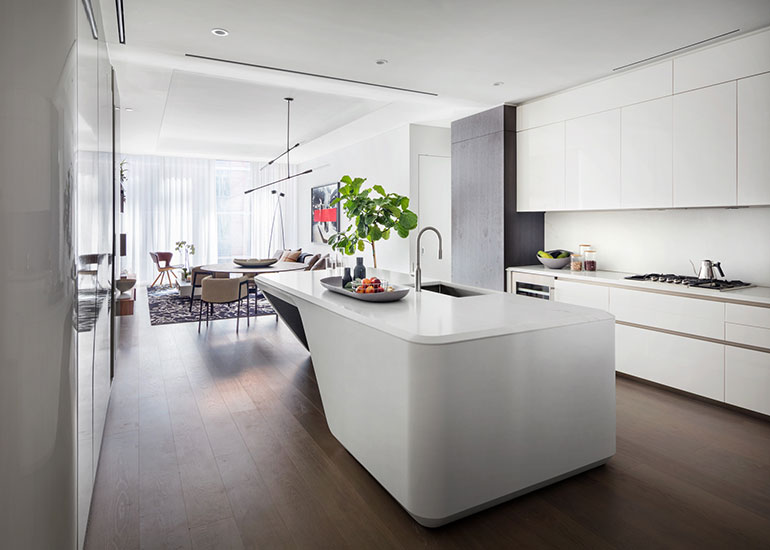 These particular paintings, for a New York apartment building by Zaha Hadid Architects, are 4 feet wide, in acrylic on black cartridge paper. After many initial studies, we developed a concept that allows for greater variation and double-height interiors for the 39 condo­miniums, and the multiple split levels are, in turn, reflected in the woven chevron pattern of the facade. It’s clad in hand-finished stainless steel to capture the industrial spirit of the site, bordering the High Line.