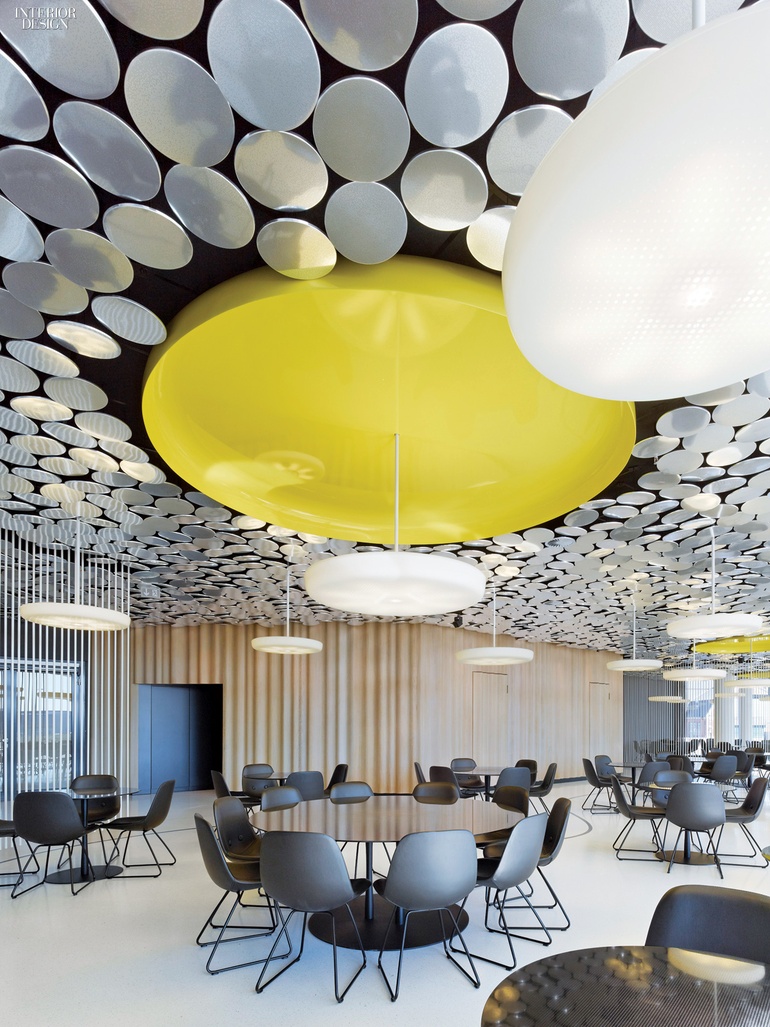 Identity architects. That’s what Peter Ippolito and Gunter Fleitz call themselves. Their Ippolito Fleitz Group, headquartered in Stuttgart, Germany, gives to every project its own distinctive character, from demolition to graphics. Consider the contrast be-tween two projects in Hamburg alone: a sophisticated canteen for Germany’s oldest news magazine, Der Spiegel, and a rough-and-humble concept for the fast-casual restaurant and organic food store WakuWaku. Both of those projects, incidentally, were honored with Interior Design Best of Year Awards.

Let’s move on to Frankfurt. For the European headquarters of Innocean Worldwide Corp., a South Korean advertising agency owned by the Hyundai Motor Company, “high energy” topped the list of client requests. Ippolito and Fleitz took that directive literally, installing a seesaw and swings in the reception area. For Phoenix Real Estate Development, the partners transformed a 1990’s office tower, infusing the lobby shared by all tenants with a healthy dose of pizzazz and the company’s own quarters with wit and whimsy—as in tropical-looking greenery filling vitrines to imply: “It’s a jungle out there in the real-estate business.” One of the many jokes at Holyfields, a fast-casual restaurant with touch-screen kiosks for taking orders, is the drinking fountain marked Holy Water.

Yes, offices and restaurants—for a slew of top-tier companies—are how we best know this forward-thinking firm. That’s not nearly all, however. When Linden-Apotheke Ludwigsburg, a pharmacy in a small city outside Stuttgart, was facing competition from chain stores and the Internet, the owner approached Ippolito Fleitz for a revamp to coincide with a new focus on homeopathic products and natural cosmetics. “To convey trust or someone who cares for you, we began by making it clean and white,” Fleitz says. Then came a ceiling fresco of abstracted medicinal herbs, in medieval colors, and a granite floor similar to the cobblestone streets. 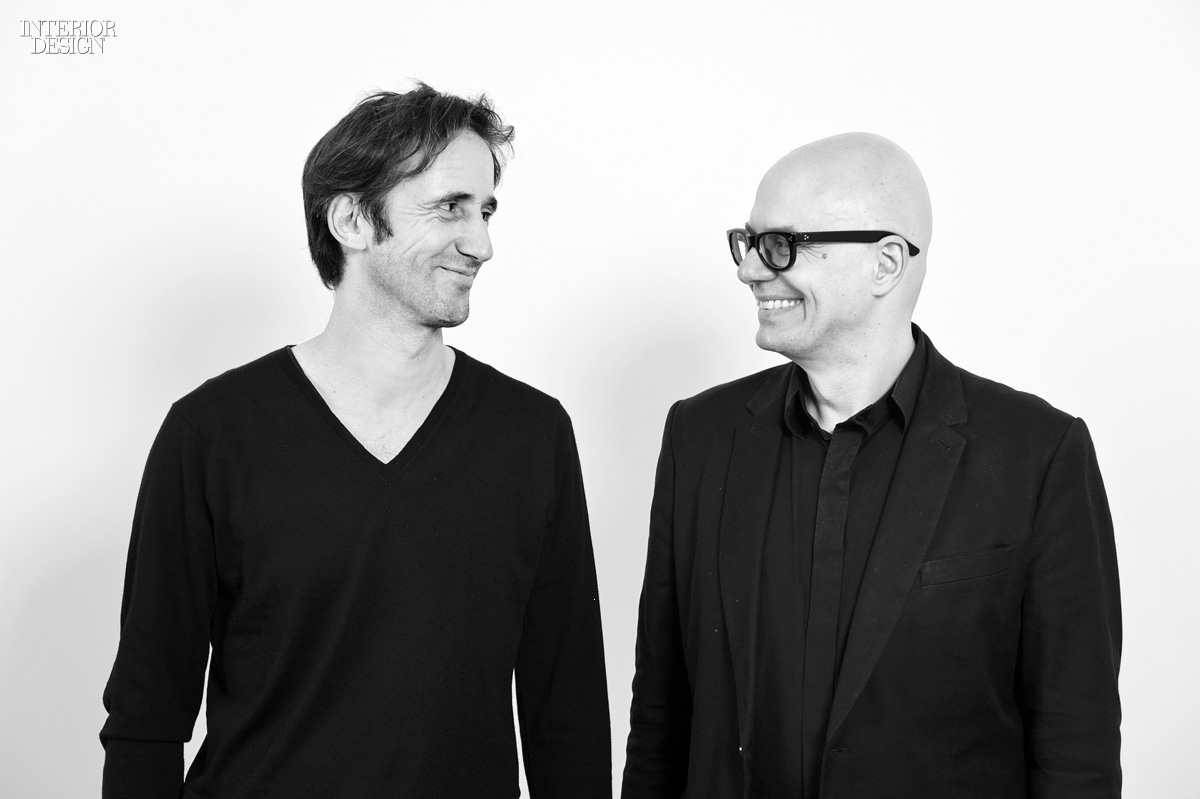 A Munich dental office illustrates the firm’s holistic approach: giving the practice the name Weissraum, meaning white space, developing communications materials, and carrying out a full-scale renovation to create a contemporary interior complementing the Jugendstil building. The project also represents the firm’s expansion into the health care sector. “We love doing things we’ve never done before,” Ippolito enthuses. That was even more true for the Palace of International Forums, a convention-cultural venue in Tashkent, a city that neither Ippolito nor Fleitz had ever visited. The partners won the competition, for an immense new building, with—an interiors proposal paying homage to Uzbekistan’s design traditions.

On the residential front, the duo transformed part of a former military barracks in Esslingen, Germany, into a loft for a family. Much farther afield, a partnership with a Shanghai developer entails so many high-end residential projects that Ippolito Fleitz just opened a studio in the city.

And don’t forget retail. In New York, the first location in a planned international rollout for Slvr, an edgy clothing brand from Adidas, is all facets, angles, and zigzags. Meanwhile, plum velvet envelops Moscow’s Tailor Shop, which occupies what was once a ventilation shaft in a mall. “The compact size sparked the idea of a walk-in jewel box,” Fleitz says. Storytelling is, well, very much a part of the Ippolito Fleitz story.

As for Ippolito and Fleitz’s own story, they were roommates while studying architecture at different universities in Stuttgart. Ippolito went on to work at Studio Daniel Libeskind in Berlin, Fleitz at Steidle Architekten in Munich. In 2002, the two launched their firm, its initial projects focusing on branding and communications. The scope grew to architecture—and the staff to 51. Both Ippolito and Fleitz work on every project, firmwide. “Gunter is organized and calm,” Ippolito says. Fleitz notes of his colleague, “Peter is courageous and trusts the emotional side of design.”