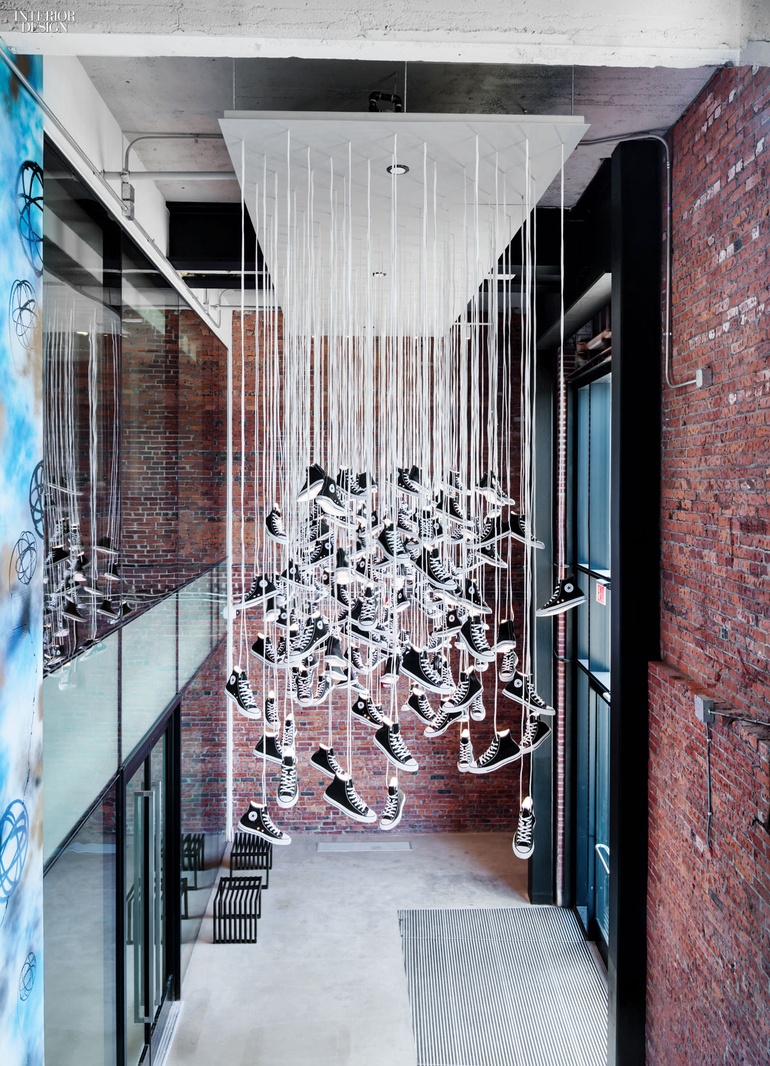 After being headquartered in sleepy North Andover, Massachusetts, for a decade, Converse was ready to hustle to more cosmopolitan environs. A Boston building from 1908, the same year the sneaker company was founded, was a slam dunk. The location was Lovejoy Wharf, a $230 million redevelopment, and Jennifer Carpenter Architect was hired to gut and fully redesign the structure, expanding it from eight stories to 10 for a total of 214,000 square feet. That’s enough space to give 600-plus employees not only office areas, a materials library, and showrooms but also such perks as a yoga studio. A separate two-story structure, standing in front, is for visitors. It contains a café and, of course, a Converse shop.

>> See more from the October 2015 issue of Interior Design