Kith Brooklyn Gets Renovated by Snarkitecture 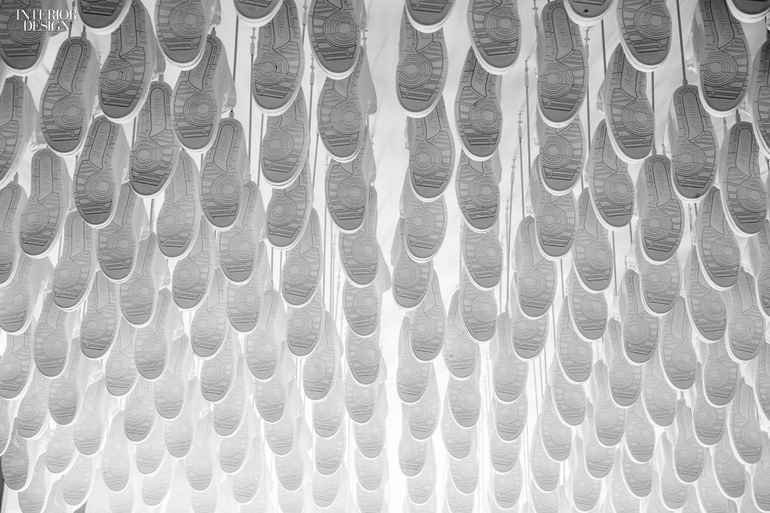 Something’s up in Prospect Heights. And it’s not just all the development around Barclays Center, although sneakers are involved. It’s the men’s street-wear shop Kith Brooklyn, gut-renovated to feature a ceiling-scape populated with hundreds of stark-white Air Jordans. It’s the handiwork of Snarkitecture, which designed the original store as well as the SoHo outpost in 2011 and is working on a third location in downtown Manhattan. Additional standouts here include gleaming stainless-steel fixtures and walls of infinity mirror that form a seemingly endless corridor of footwear. There’s also more space—3,000 square feet expanded from 1,000—which allowed for the addition of Kith Treats, New York’s first cereal bar. One of the specials is called the Snark.

> See more from the September 2015 issue of Interior Design