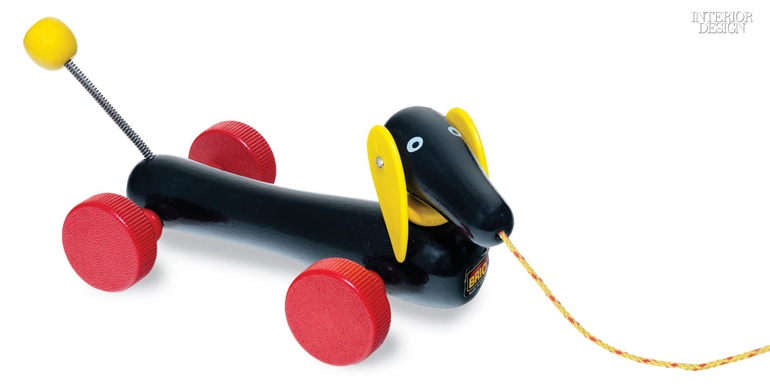 Slöjd is Swedish for Handicraft and it’s on display in the Bard Graduate Center Gallery ’s “Swedish Wooden Toys,” an expanded version of the Muse?e des Arts De?coratifs exhibition in Paris last winter. On the Upper West Side through January 17, the 300 dolls, houses, puzzles, and cars trace the country’s rich history of craftsmanship, from the 17th century to the 21st, featuring playthings by such major Swedish manufacturers as Brio , Gemla , and Micki alongside amateur handiwork from private collections.


Growing up and even into adulthood, one rarely stops to think of the simple playthings we obsess over as children. Dolls, cars, puzzles, and the like—we spend countless hours during our key developmental years expanding imaginations through small exterior devices. And it would be assumed that children’s toys have always existed. However, in reality, the modern conception of the “toy” and childhood didn’t emerge until the seventeenth century when the period between infancy and puberty became recognized as a distinct stage of human development. Toys became a signature marker of this stage as children came to acquire their own material goods.


Though the United States, Germany, and Japan have historically been the leading manufacturers of toys, Sweden has played a leading role in handcrafted wooden pieces. An expanded version of Paris’s Musée des Arts Décoratifs exhibition, “Swedish Wooden Toys,” is open at the Upper West Side’s Bard Graduate Center Gallery through January 17 to trace the country’s rich history of craftsmanship. Beginning in the eighteenth century, when wooden toys were an ordinary amusement for the poor, and moving toward the major modern manufacturers of Brio, Gemla, and Micki, the exhibition tells a story of slöjd (that’s Swedish for handicraft). Over 300 pieces have been amassed, some of which are amateur works from private collections. Horses, dollhouses, games, cars, trains, slingshots… they’ll all be there. The hard part will be NOT playing with them.

>>See more from the September 2015 issue of Interior Design