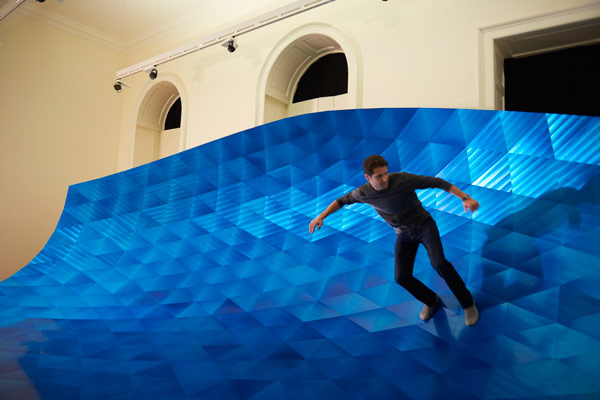 Alex Rasmussen's wavelike structure made from over 700 anodized aluminum panels.


The 13th annual London Design Festival kicked off yesterday with a presentation at Somerset House, the latest venue to be added to its already bulging program of around 400 events. The festival's organizers invited 10 influential design studios to create bespoke environments within the West Wing of the iconic arts venue, while projects including Ronan and Erwan Bouroullec's Serif TV for Samsung and the winners of this year’s London Design Medals were exhibited elsewhere in the building.


According to Ben Evans, London Design Festival director, the presentation of leading international designers including Edward Barber & Jay Osgerby, Arik Levy, Jasper Morrison, Nendo and Ross Lovegrove aims to provide a curated collection of top names with a commercial focus that sets it apart from the more artistic installations at the festival's main hub in the Victoria & Albert Museum.


"Some of the designers exhibiting here felt a little bit homeless in that they didn't want to be at one of the big trade fair-type venues but wanted to be part of a group project," explained Evans. "There was an opportunity to get the designers and brands to present things in a slightly different way; it's still about products, but there is a strong idea behind each room and they are all very different." 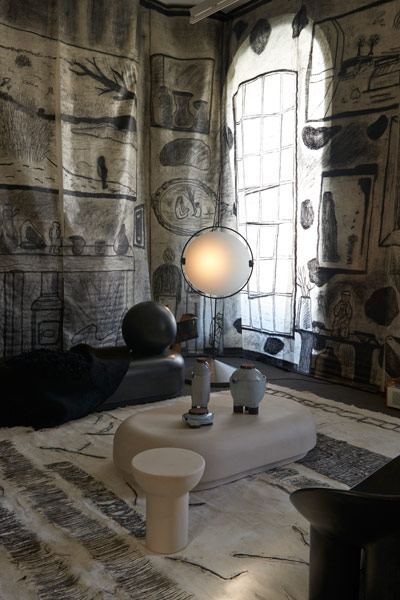 Furniture and fashion by Faye Toogood.


Highlights from "Ten Designers in the West Wing" included a presentation of furniture and fashion by British designer Faye Toogood , set against a backdrop of hand-drawn scenery depicting places and objects of personal significance to its creator. Design brand Hem displayed 44 variations of Italian designer Luca Nichetto ’s modular Alphabeta lamp that were illuminated by striking the corresponding keys of a piano in the center of the room, while American designer Alex Rasmussen created a shimmering blue wavelike structure made from over 700 anodized aluminum panels. The installation aimed to “bring a sense of Santa Barbara to London” by allowing visitors to pose on its surface as if they were surfing. 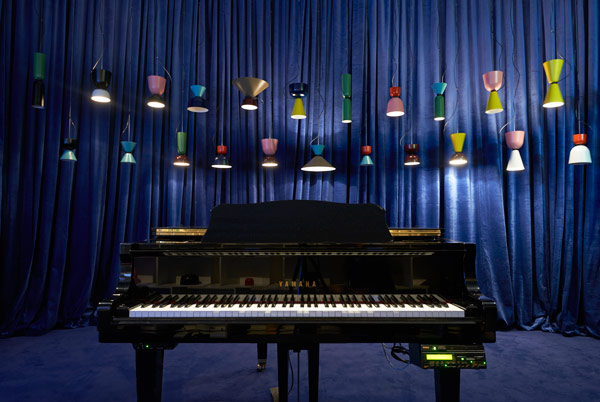 
Elsewhere in the venue, English designer Max Lamb filled a room in the Embankment Gallery with 131 pieces of “general purpose” furniture made from salvaged sections of a felled ash tree that lived for 187 years on his grandfather's farm. The pieces forming the My Grandfather's Tree installation were created for Gallery Fumi and are priced from $150 to $22,000 based on their mass.


Having grasped the opportunity to develop a partnership with Somerset House after London Fashion Week moved to a new venue in SoHo, Evans claimed that this initial presentation will be the basis for a more ambitious program in the future. "We've only used a fraction of the building,” he pointed out, “so if it goes well this year, and I think it will, next year we're going to take over the whole building.”


This year, the London Design Festival runs through September 27. 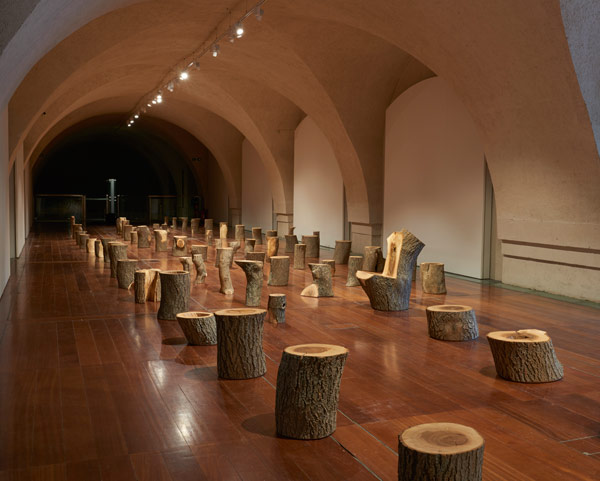 Max Lamb filled a room with 131 pieces of furniture made from salvaged sections of a felled ash tree.