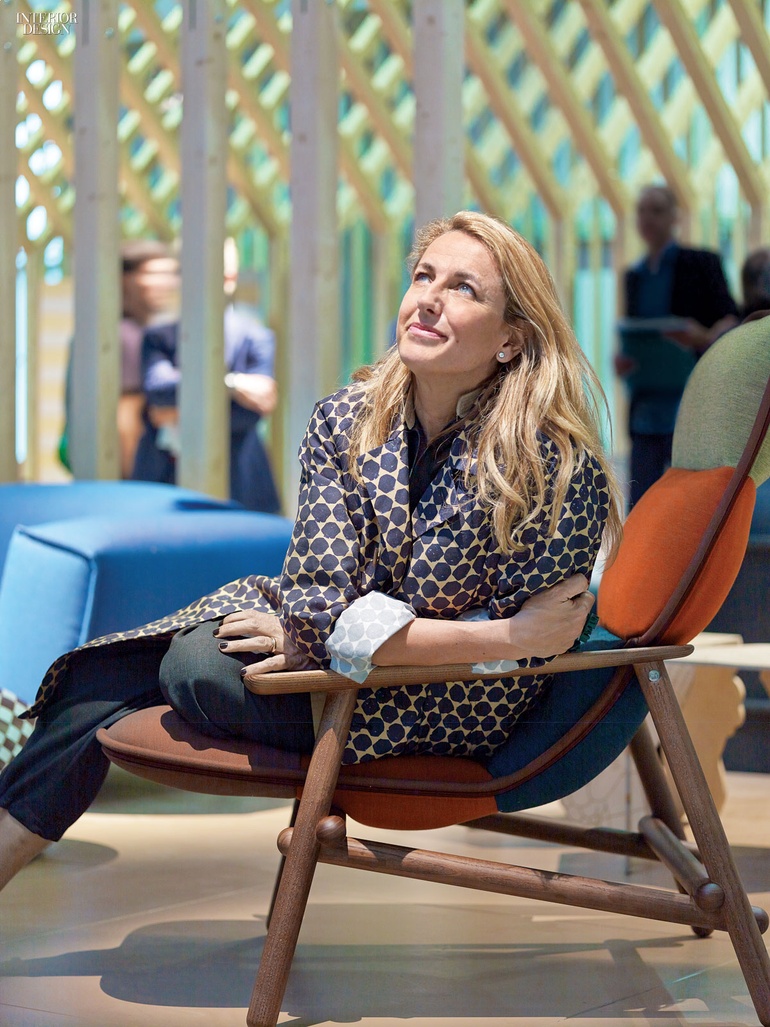 
According to a statement released today by Poltrona Frau Group, the designer will be tasked with continuously strengthening the creative strategies of the group, a leader in the high-end furniture sector. The partnership marks Poltrona Frau Group’s growing global vision and its desire to continue to increase the potential of its companies, keeping their creative choices independent and consistent with their positioning.


“Patricia Urquiola will have a significant role in leading this center of excellence where she will contribute to defining the future vision of the group, whilst meticulously keeping the identity and characteristics of the companies unique,” says Dario Rinero, CEO of Poltrona Frau Group, in a statement released by the company.


In her new role, Urquiola will collaborate with the creative management of Poltrona Frau and with Giulio Cappellini, art director of Cappellini. This partnership is an extension of the work Patricia Urquiola already carries out on art direction, products and spaces with Haworth , the U.S. holding which Poltrona Frau Group has been part of since 2014.


Urquiola takes on the role of art director for Cassina just as the company is preparing to celebrate its 90 th anniversary. Urquiola has named Cassina as a source of fascination and inspiration, particularly for the company's research to identify new forms and meanings in the furniture sector. Cassina’s connection to the modern design and the work carried out in the company by Vico Magistretti, one of Patricia Urquiola’s key influences, are also part of the legacy that has inspired the designer.


“It’s a great honour and a great responsibility to become part of a heritage, a history, an identity so important for international design," says Urquiola in a statement released by the company. "My intention is to take into consideration the company’s past, its cultural background, not as a passive container, but as a systematic part of the mind, the integration of processes and the creation of an empathetic relationship.”


The first projects underway for Patricia Urquiola and Cassina include the renovation of the brand’s historic showroom in Midtown New York, research and development for 2016 projects, and the preparation of Cassina’s extensive 90-year anniversary celebration for 2016-2017.