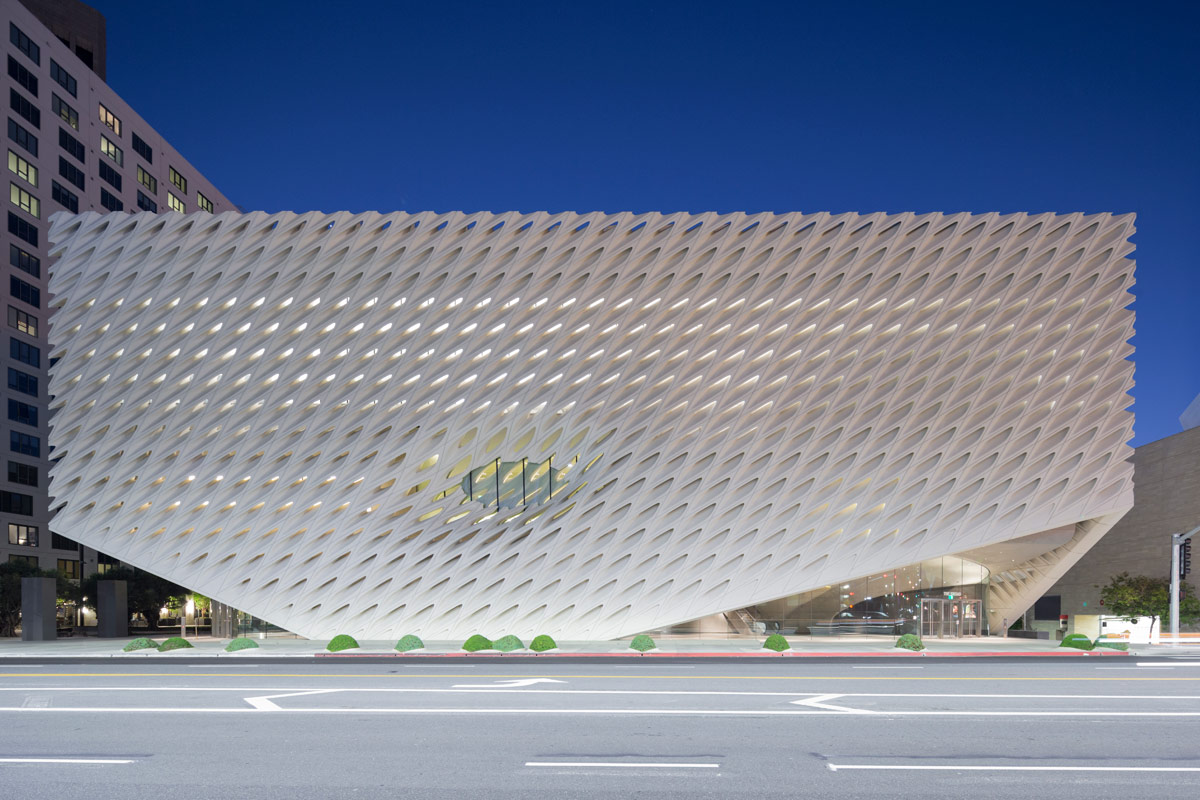 
This Sunday, September 20, three years after construction began, L.A.’s newest contemporary art museum and architectural wonder, The Broad , will open to the public. Designed by Diller Scofidio + Renfro in collaboration with Gensler , t he $140-million, 12,000-square-foot building houses some 2,000 works of art that comprise Eli and Edythe Broad’s collection.


So far, critics are considering the building as the latest architectural wonder bestowed on the city by billionaire entrepreneur Eli Broad. The striking facade and roof is separated from interior glass walls by a 9-foot gap, except at the Broad Street-side oculus, where it seems to peel back in a dimple to reveal a lecture room. Engineered to absorb lateral and vertical forces in case of seismic event, the surface's 2.5-foot-thick concrete panels and 650-ton steel lattice frame filter daylight and allow glimpses in and out. The Museum of Contemporary Art sits just across the street. Look north and you’ll see Frank Gehry's iconic Walt Disney Concert Hall. 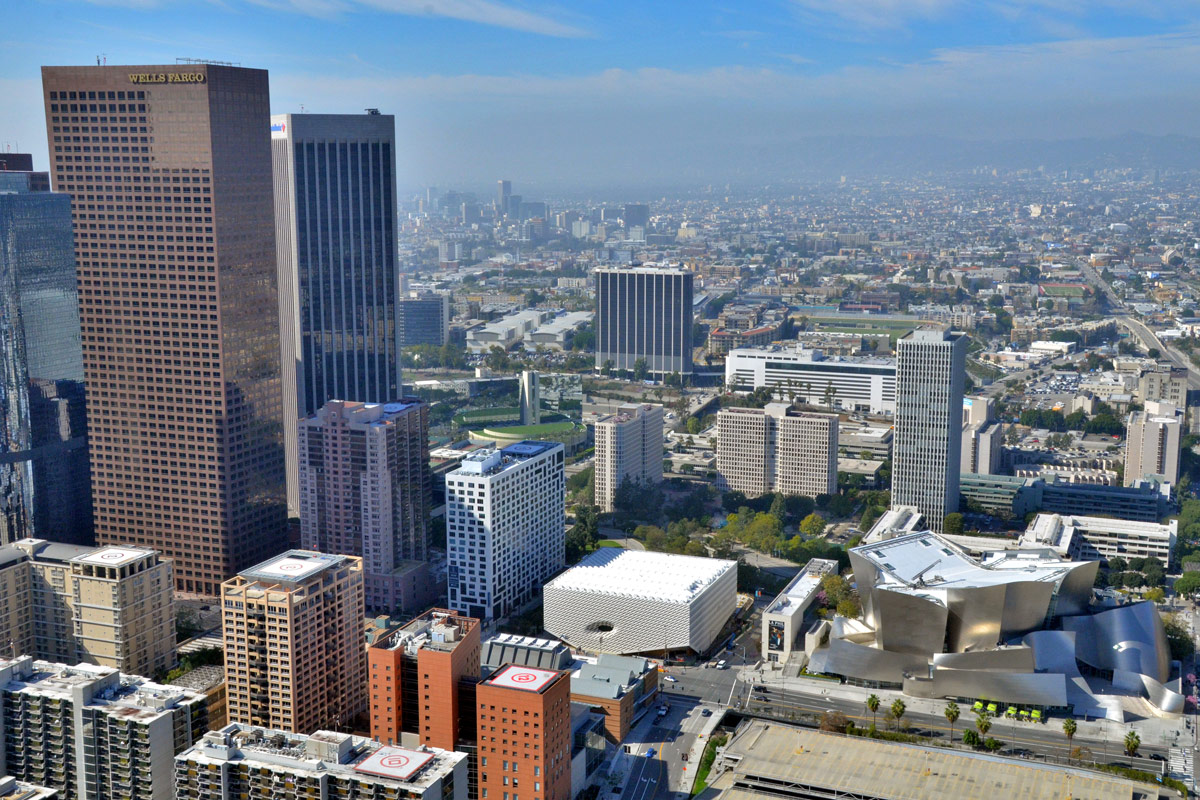 
“It was exciting and daunting to work next to one of the most important architectural projects in America,” says Kevin Rice, associate principal at Diller Scofidio + Renfro . “The geometry was always going to be quieter than Disney. There was no way to have anything but a box.” The nature of the site was also a factor, says Rice, citing limitations like a 75-foot height and the literal square shape: 200 by 200 square feet. “We wanted to fill out the limits of the site but a box was a given.”


So the architects created a box with lifted corners, allowing visitors to enter and exit just beneath the hem of the veil. DSR also worked to complement Disney’s metallic, reflective nature, says Rice, describing the mineral quality of the concrete as a deliberate contrast with Disney's shininess. 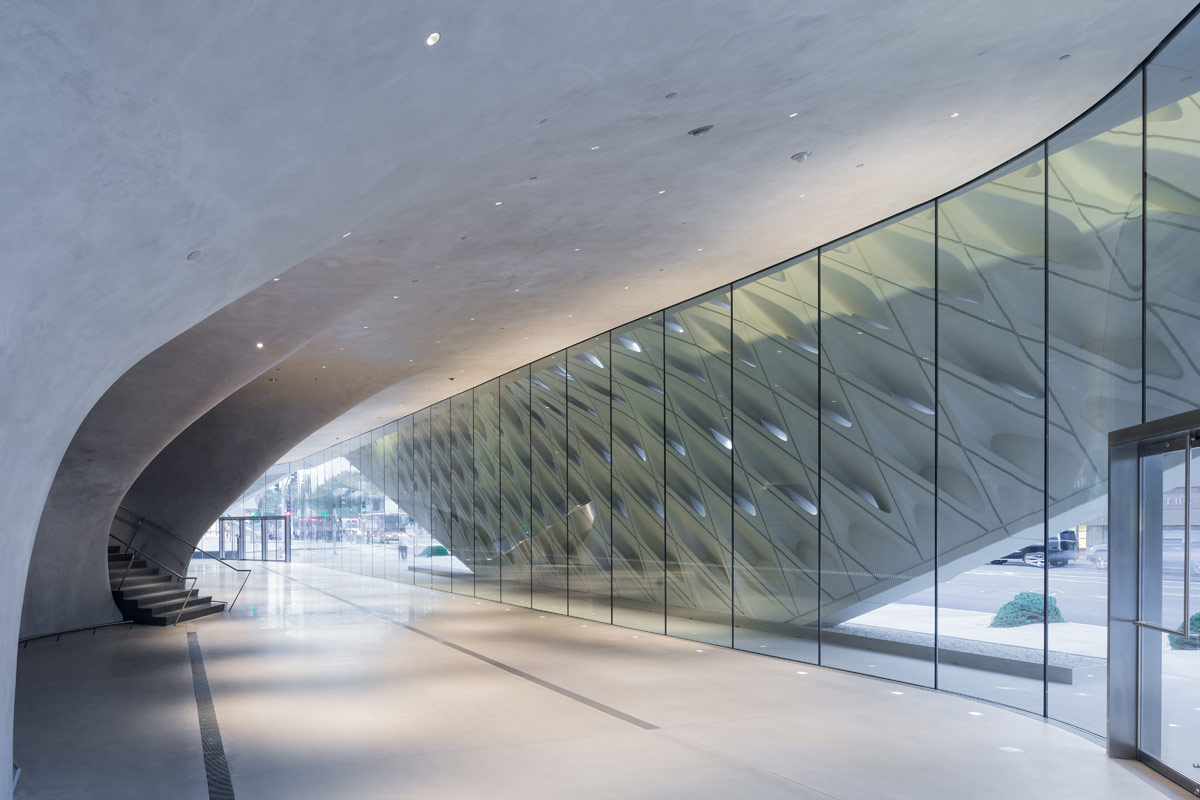 
“We were essentially building a warehouse that happened to have gallery space,” Rice of the interiors . “So we decided to use that as a protagonist. Instead of putting [the storage space] in the basement we put it in the middle, as an element you’re always moving around, under, through." They call this second-floor space "the vault," some of which you can peek into from a couple of points along the stairs.


Moving upward, lecture rooms and administrative offices complete the second floor, while the first and third floors are filled with art displays, accessible by a glass-roof elevator or long escalator (visitors are required to take the stairs back down). “ Standing at the base of the escalator one can see full extent of the perforated veil running along three facades of the lobby, and glimpse the skylight monitors running across the roof of the third floor galleries through the top of the escalator,” says David Pakshong associate and project director at Gensler. “This view captures the design concept in a single moment.” 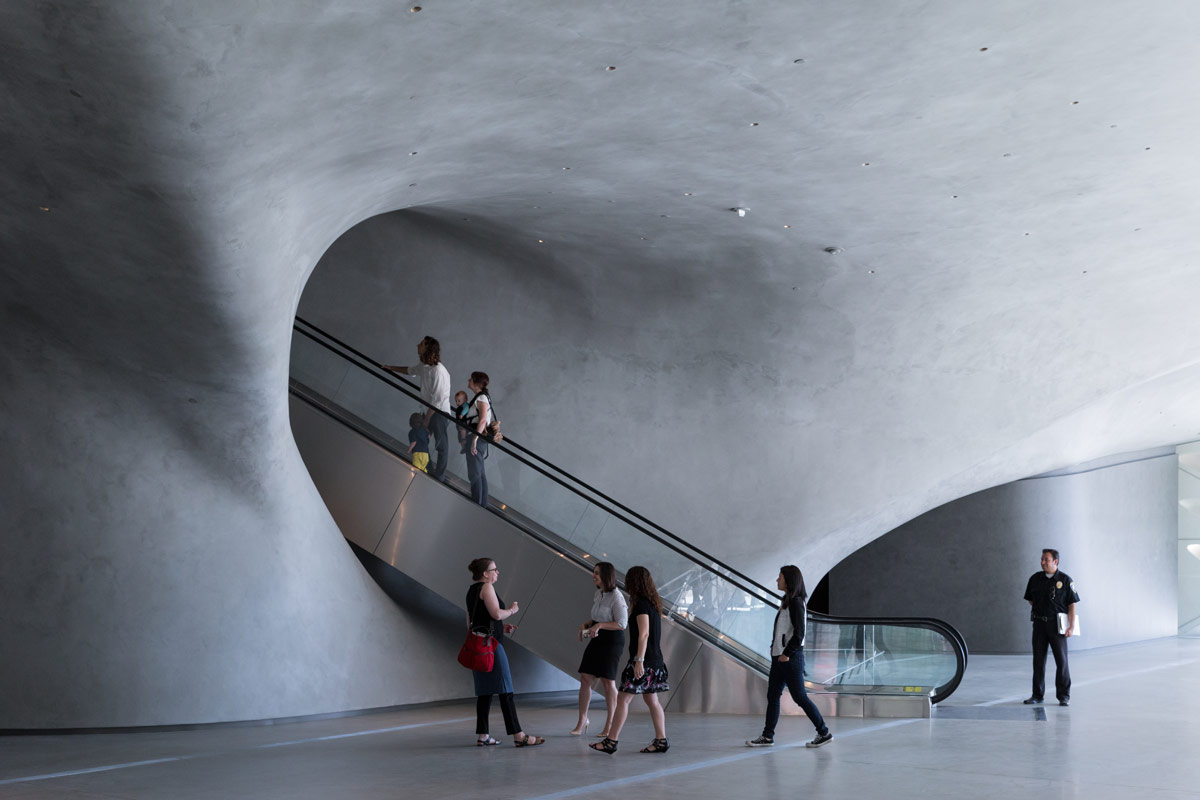 
Gensler, the designated local architect, began its work in 2008, assessing possible locations. The firm designed the lobby retail shop, the first thing visitors will see upon entering the museum. There’s no reception desk or ticket window; look for staff members who will guide entry, answer questions of all depths, and even provide security.


Admission, thanks to the Broads, is free. 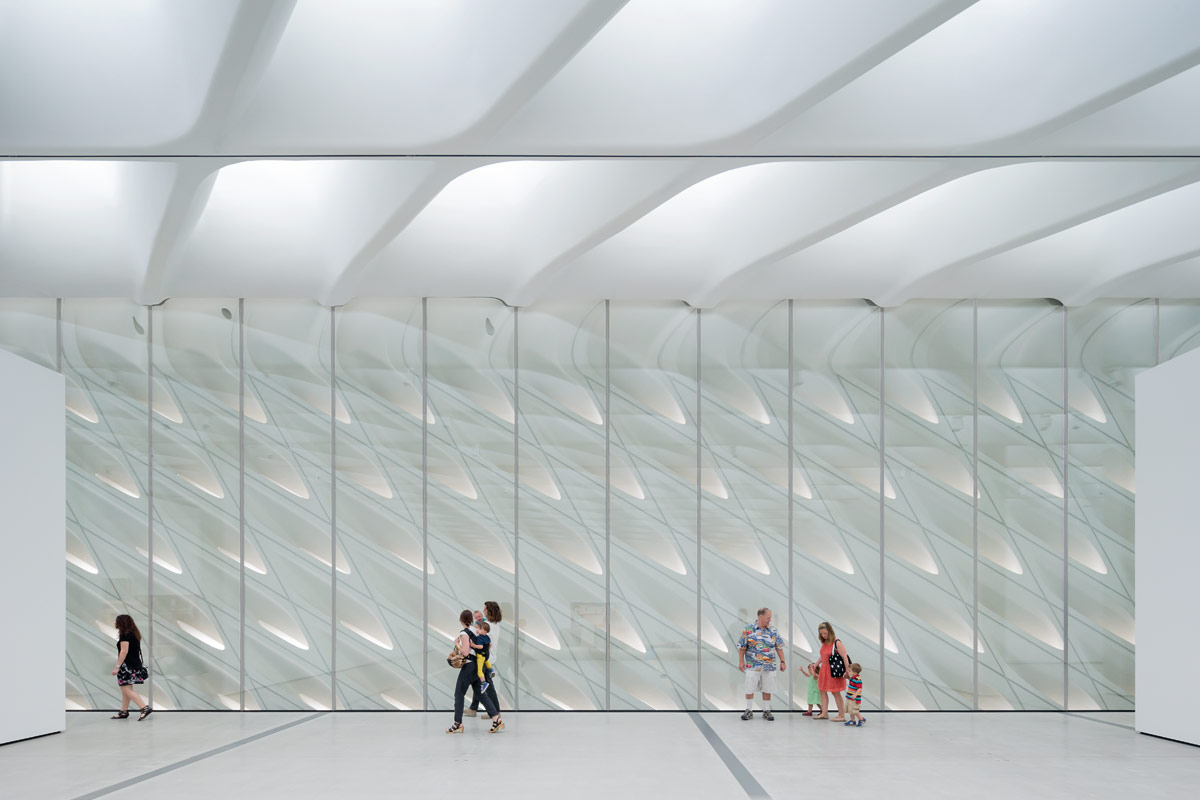